Bregenz, 16th of September 2022– Future-proof solutions across the entire life cycle of buildings as well an in-house resource centre and numerous railway projects at home and abroad provided the Rhomberg Group with top sales in the past financial year April 2021 to March 2022. With a total operating performance of 992 million euros, the previous year's result of 811 million euros was exceeded by approx. 22 percent. The Construction Division generated 418 million euros, an increase of 73 million euros. The Rhomberg Sersa Rail Group, in which Rhomberg holds a 50% stake along with the Swiss entrepreneur Konrad Schnyder, increased by 108 million euros and reported a balance sheet of 574 million euros.

The number of employees has increased from 3.400 to 3.550. Overall, investments of 63 million euros were made, 16.5 million euros of which in Vorarlberg. The managing directors of Rhomberg Holding, DI Bmst. Hubert Rhomberg and Ernst Thurnher, see the successful business year as confirmation of the company's long-term sustainable orientation and are convinced: "In view of price developments, energy efficiency and the responsible use of resources will become even more important.“

Designing living spaces that place people in the foreground and are at the same time ecologically compatible - that is the aspiration of Rhomberg Bau. This also explains the company's enthusiasm for wood as a climate-friendly building material. "For more than a decade, we have been intensively exploring the possibilities of timber modular construction and have incorporated the findings into new products," says Ernst Thurnher.

With "WoodRocks", it was recently possible to reduce the construction time for a multi-storey timber residential building to less than six months, which makes timber modular construction particularly attractive for affordable and social housing. With the prefabricated, fully equipped bathroom and technical modules "myblock", even more time and money can in future be saved in multi-storey timber residential construction. "And we also offer a sustainable, economical building system for industry and commerce with our latest timber construction concept 'office ZERO' - turnkey and from a single source," so Thurnher. The first timber office building of this kind is currently being built at the Bärenkreuzung in Feldkirch.

One of the district development areas in which Rhomberg is currently active is Lustenau. In cooperation with Alpenländische Gemeinnützige WohnbauGmbH (AWG) and Raiba Lustenau Immobilien GmbH & Co OG, an ensemble of four buildings is under construction in Rheindorf, including an eight-storey wooden apartment building. In Switzerland, the area Bahnhofsplatz in Amriswil will be revitalised and made more attractive with a centre development by Rhomberg Bau AG. And in Hünistraße in Friedrichshafen, Germany, two buildings with a total of 25 flats and a landscaped courtyard will be built on a previously fully sealed and overbuilt plot of land near the lake.

The sustainability strategy of Rhomberg also comprehensively promotes the areas of renovation and redensification. This ranges from the restoration specialist "DenkMalNeo" for listed buildings and neighbourhoods in need of restoration through to the joint venture Renowate, in cooperation with LEG Immobilien, Düsseldorf. "Using serially prefabricated modules and integrated planning across all trades, we can carry out comprehensive energy refurbishments and thus promote the decarbonisation of existing residential buildings", explains Thurnher.

With the acquisition of the renowned Viennese construction company Prath, Rhomberg Vienna, now operating on the market as an independent limited company, strengthened its position in the growth areas of conversion and renovation as well as new construction in the past financial year. In addition to the revitalisation of the Funkhaus, the largest projects include the "Sophies Gärten" residential project. Hubert Rhomberg: "We are building a total of 32 residential units in the Wienerwald with a high quality of life in all phases of life. At the heart - and giving the project its name - are private green oases."

With its latest product, the system constructor Goldbeck Rhomberg is meanwhile focusing on the change in the world of work. This intensive analysis has resulted in modern office buildings that allow flexible working thanks to variable room modules and hardware for organising free workstations. The first "office of the future" is located in Hohenems and is occupied by around 200 employees of Meusburger Georg GmbH & Co KG. In Switzerland, Goldbeck Rhomberg has introduced the four-day week - as a pioneer in the construction industry there.

Over the past few years, Rhomberg has consistently continued on the path to becoming a technology provider. Many projects in the areas of data management, artificial intelligence and machine learning are underway at the headquarters in Bregenz and at locations around the world. One example of this is the "Q-tainer" for digital recording on construction sites in real time. The container, a construction site solution based on an innovation by the Daetwyler company, the Rhomberg Sersa Rail Group and its subsidiary RKsafetec, acts as a 5G and WLAN dispenser, creating a digital network for the construction site. "This allows drones, for example, to record, map, catalogue, etc. completely independently and energy-autonomously," Rhomberg describes. A "Q-tainer" has been in use for the first practical tests at the Rheintal Resource Centre (RCR) in Dornbirn since this month.

Digitalisation has also made its way there long ago. The new fully automated wet processing plant for excavated soil, the most efficient in Austria, is equipped with countless sensors. In the future, these will provide comprehensive information, for example how much material has been processed and in what quality, in order to be able to further optimise the operation. Because in terms of the circular economy, the main focus at the RCR has shifted from the classic quarry to sustainable building material production. Every year, about 500 000 tonnes of construction and recycling materials are sorted and reused, recycled or disposed of according to type. "Today we already obtain more than half of our building materials from recycled secondary raw materials," Ernst Thurnher emphasises the importance of the RCR for the company and the region - especially in times of scarce resources and rising prices.

The state-of-the-art asphalt mixing plant of Rhomberg's associated company MIGU also started operating in March 2022. "This makes us the only company in western Austria so far to save resources through asphalt recycling; an average of 30 percent is possible," Thurnher points out. In the asphalt mix, a recycling share of even up to 60 per cent can be achieved.

The Rail Technology division has many reasons to celebrate in 2022. The most important is undoubtedly the landmark anniversary of the Rhomberg Sersa Rail Group (RSRG). The merger of the family-owned companies Rhomberg and Sersa ten years ago has created a strong, internationally successful full-service provider. "We have since demonstrated our skills in a considerable number of major projects, and have at the same time grown steadily worldwide," says Hubert Rhomberg. Most recently, the group has expanded into the United States: "With the acquisition of the 'Track Solutions' division of Balfour Beatty U.S., we have risen to become the largest service provider in the field of track-bound ballast bed cleaning in North America." The company there now trades as Rhomberg Sersa North America.

Hubert Rhomberg is also particularly proud of the alliance agreement signed in March for the "New Cottbus Plant". The future ICE maintenance plant of Deutsche Bahn will be built by 2026 according to the "Rail Partnership Model" implemented here for the first time. "The fact that all parties involved are integrated earlier and work together more closely than usual results in greater schedule and cost certainty," Rhomberg explains the concept, which will also be rolled out in other markets. The RSRG is responsible for the traffic facilities, the civil engineering, the railway infrastructure and the medium-voltage power supply.

From Stuttgart 21 to the underground in Brisbane

There are also other exciting projects that the railway experts are involved in, some of which last several years. In Stuttgart 21, for example, a total of 200 kilometres of slab track is laid in four lots, with up to 400 employees working on the project at the same time. Together with the joint venture partners DB Bahnbau and Züblin, Rhomberg is currently building both the section of track known as the "Talquerung" directly at Stuttgart's underground main station and the "Filderebene" between the airport and the Neckar river. Meanwhile, the new Wendlingen-Ulm line, which was equipped with railway infrastructure in a joint venture with Swietelsky, is nearing completion.

"In a JV with Porr, we are also managing the railway engineering and infrastructure for the Koralm Tunnel and are using the latest technologies - from model-based work (BIM) to lean management and robotics," Rhomberg reports. In March 2022, construction work also started on another major project, the four-track expansion of the Linz-Wels railway line. "Our contract includes the new construction of around 100 kilometres of track and 95 points by 2028."

Sersa Group AG, Switzerland, completed the penultimate stage of the renewal of the Monte Generoso rack railway in Ticino. In the UK, Rhomberg Sersa UK was awarded the contract by the Transport for London Authority for the design and construction of slab track in the course of the Barking Riverside Extension. And Rhomberg Rail Australia is involved in the Cross River Rail project, a new metro line for Brisbane, with its subsidiary RKR. In addition to ongoing framework contracts for switch renewal and maintenance, long-term partnerships also contribute to the company's success: as with Lausitz Energie Bergbau AG (Rhomberg Sersa Germany), Stern & Hafferl Verkehr (Bahnbau Wels) or the Irish state railway "Iarnród Éireann" (Rhomberg Sersa Ireland).

The group has always grown with a commitment to responsibility towards the environment and resources. "Our goal is to become climate-neutral in the medium term," Rhomberg states. In order to anchor sustainability even better in the business processes, the sustainability assessment tool of the renowned rating agency EcoVadis will be introduced in all markets. A first major step has been taken: in 2021, eight RSRG companies were awarded EcoVadis status - Rhomberg Sersa Ireland and Germany even achieved gold. The Rhomberg Bau division also underwent the rating and attained silver status.

360-degree view of buildings: energy-autonomous buildings as a goal

With the drive to make building and living more sustainable, Rhomberg Bau is strengthening its activities in the energy sector. With "Rhomberg Energie", the business is pursuing the goal of sustainable, climate-positive and energy-autonomous buildings. "We analyse the property for B2B customers as early as the planning stage, create an energy roadmap and products for maximum energy independence and implement it with a partner," explains Hubert Rhomberg. During operation, data from energy sources such as heating, photovoltaics or electromobility are collected by an energy management system and the energy in the building is distributed cost-effectively. "Construction, Renovation and energy from a single source enable a holistic overall system that brings significant cost savings for residential construction, districts and commercial buildings," says Rhomberg. Intelligent energy concepts and renewable energies also advance the energy transition. 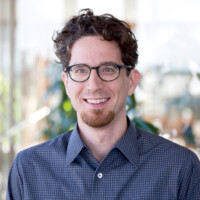